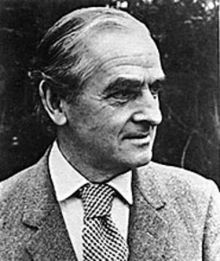 The inspiration for this project has come from the pioneering work of George Ewart Evans (1909-88). Evans was a schoolteacher, writer and folklorist who became a dedicated collector of oral history and oral tradition in the East Anglian countryside from the 1940s to the 1970s. He produced 11 books of collections of these materials. His work in collecting the stories and memories of the old Suffolk horsemen provided the springboard for this project.  In particular he attempted to uncover the tangled web of myth, magic, superstition and ritual as practiced by the legendary horsemen of East Anglia.

Evans concentrated his attention on the Suffolk horsemen and their famous Suffolk punches (a breed specifically developed to work the heavy clay soils of that region.

The Horseman’s Word project has extended this exploration to document the Fenland horsemen, and their traditional breeds: the Shire, the Percheron, and the Clydesdale.

The Pattern Under the Plough: Aspects of the Folk-Life of East Anglia     (Faber 1966).

Where Beards Wag All: The Relevance of the Oral Tradition

The Strength of the Hills: An Autobiography (Faber 1983;

The Crooked Scythe. An Anthology of Oral History (Ed. and ill.